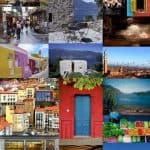 About five months ago I wrote the post “startup and the simple life” committing myself to bring some ideas, concepts, business plans and even a moderate budget on my next vacation. My family and I have been in Mexico for the last four weeks, an unusually long vacation for us. Aside from some important … 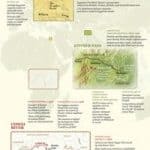 For many travellers one of the sacred rituals before leaving on a long trip is the search for good books that can be taken on the road as companions on those long rides across vast landscapes or lonely nights in foreign grounds. Pointed out to students that good travel books, a la Farley & Grann, […]

A while ago I started to collect city rankings, but more than anything else I was creating the foundation for what would eventually be the greatest destination. If I’ve learned anything throughout this process is that no city can claim such honour. Depending on who you ask, each city will have …

Hiring travel writers with a passion for discovering destinations, plenty of travel experience, able to work independently, equipped with computer and digital camera and with sound knowledge of a foreign language 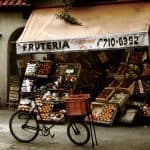 You just arrived to your destination. First walk out of your quarters to explore the neighbourhood and this traditional fruit shop is the first thing to get your attention. More than a convenient shop for your immediate cravings it is an icon of the type of neighbourhood to which you’ve arrived. Things … 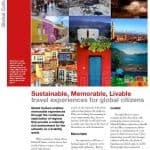 Thanks to all the conversations that have made this possible. A revamped Global Culture site gets closer to reality as we get a first draft of our new Creative Brief and start to move content around to give it a purpose. Here is are some relevant fragments from the document: Global Culture enables memorable experiences […]

Summer’s solstice, the longest day of the year seems to be a great day to sit in the backyard to read the usual weekly magazines and catch up on some writing. In a typical residential area in the middle of the city, my macbook detects almost a dozen different wireless networks including mine, …

The Quest for Liveability

On the trail of liveability rankings released recently by both The Economist Intelligence Unit and Mercer, and just a couple of weeks until Monocle’s Global Quality of Life Survey is out, I thought it would be interesting to question why we care so much about liveability? But first here are some thoughts from a friend […]

Via Stephen Joyce and his T4 blog (Travel & Tourism Technology Trends) I found a brief but great summary of what constitutes a meaningful experience. It comes from the people at the Lapland Centre of Expertise for the Experience Industry in Finland. But before I repost an abstract of their model …