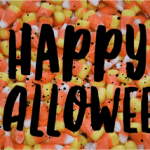 Once upon a midnight dreary, while I pondered, weak and weary, Over many a quaint and curious volume of forgotten lore— (– from The Raven by Edgar Allen Poe) 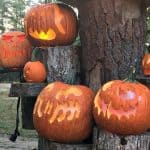 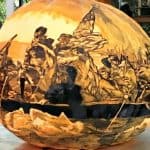 I love to take a walk through a park in autumn as the crisp air swirls the tumbling leaves and the squirrel skitter around with their cheeks stuffed full of acorns. The Roger Williams Park in Providence, Rhode Island offers over 500 acres of rolling landscape and ponds to take in a fall day. The Park is also home to the Roger Williams […] 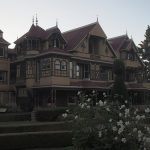 As autumn winds swirl, full moons rise and black cats come out to play, it’s time to book a visit to the legendary Winchester Mystery House, one of America’s most legendary haunted mansions, as it introduces Halloween Candlelight Tours. In a chilling and Gothic atmosphere, this all-new immersive experience lets guests’ imaginations guide them through […]

Orlando Transforms into “Halloween Capital of the World” 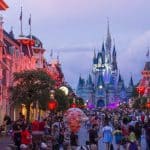 In a two-month Celebration with over 130 nights of activities, [easyazon_link identifier=”1628090308″ locale=”US” tag=”thetravelersway-20″]Orlando, Florida[/easyazon_link] becomes the Halloween Capital of the World featuring every type of activity imaginable – from extreme adult scares to kid-friendly frights. You’ll find popular villains from movies and television, as well as the U.S.’s largest horror convention, Spooky Empire. Here […]