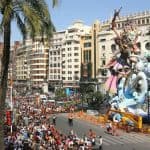 Every Room is Different at This Madrid Hotel 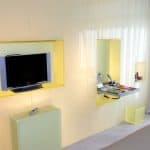 Madrid’s Hotel Silken Puerta America is located in an Art Deco building about 15 minutes from the Madrid Barajas International Airport.  The 12-story building of red, purple, yellow, and orange, is the only hotel of its kind in the world and an art lover’s paradise.  The exterior of the hotel was designed by the French architect Jean […] 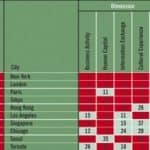 Half-drunk with a bottle of Casillero del Diablo, sitting on the floor in the middle of Plaza Mayor, Madrid, having had a great lunch at Museo Del Jamon, and enjoying a spontaneus “Concierto de Aranjuez” interpreted by an anonymous street musician, it felt very close to the most perfect vacation moment I’d ever had. …