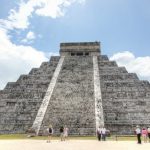 Located in the Riviera Maya, Chichen Itza was one of the largest ancient Maya cities in Mexico. Today, Chichen Itza is a UNESCO World Heritage site and one of the most visited archaeological sites in Mexico. Dominating the ruin site is a pyramid Temple of Kukulkan (a serpent deity), often called El Castillo, or the […]

If you’ve been to Cancun, Vallarta, Los Cabos, Ixtapa, Acapulco, Mazatlan or Huatulco chances are you don’t know Mexico. Yes, you’ve enjoyed the privileged beaches, the top-notch hotels, a first-class experience and you fell in love with these places and the people that live in them. But you are probably missing the … 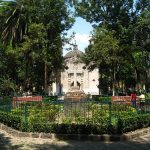 To support my last post about reinventing tourism in Mexico here is a shot of a small church in the south of the city. La Conchita is located in the Coyoacan area, but it is a few blocks away from the popular square, but it is a most sought-after location for weddings. …

Travelling to Mexico in the wake of one of the worst tourism declines in recent memory, has been an eery experience: the occasional masked traveller, the non-existent line ups to check-in and a 319 with perhaps 20 passengers. But it isn’t the feeling of crossing some imaginary boundary to a forbidden land or …