For travelers seeking a culturally rich place to celebrate the winter holidays, Cameron House on Loch Lomond offers special activities for both families and couples during the last weeks of December. The luxury hotel adds a classic Scottish touch to traditional Christmas, Boxing Day, and New Year’s celebrations, providing its guests with a variety of […] 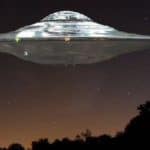 Dubbed the UFO Capital of the UK, some also claim that Bonnybridge in Scotland is the main UFO hotspot of the world. Since 1992, Bonnybridge has been home to a large number of UFO sightings and UFO believers call it “the Falkirk Triangle”. This small town of just 6,000 people near Edinburgh has seen its […] 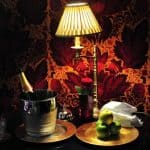 Listening to the blaring sounds of the kilt shops and noisy main streets of Edinburgh, you might not think the city is a relaxing destination.   But Scotland’s cultural capital has you covered with plenty of options for relaxation.  Here is a suggested weekend itinerary that will leave you feeling refreshed and also give you an […]