There are some things that can happen only in Britain, And a recent poll from VisitBritain, its national tourism agency, have listed the top 5 “Only in Britain” activities.

Sandie Dawe, Chief Executive of VisitBritain said: “Britain is a tourism destination that offers experiences for every taste. Where else in the world can you watch a top-flight Premier League game in the same afternoon as a tour around a quaint Cotswold village? From visiting Edinburgh Castle or dinner in a cozy Welsh pub to a tour of Harry Potter’s Hogwarts followed by a night on the tiles in Newcastle – we have something for the world to enjoy.”

Take a read at these top 5 choices and see if you agree. 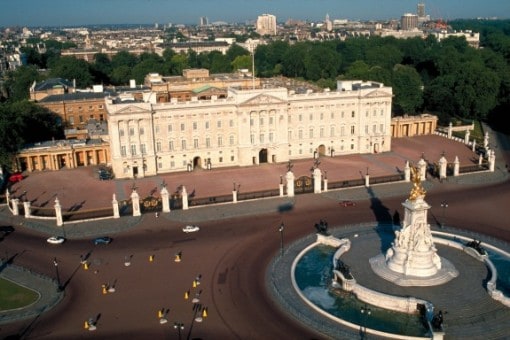 1. A visit to Buckingham Palace

Nowhere but in Britain can travelers tour Her Majesty The Queen’s home, and a visit to Buckingham Palace is a must-do on any summer trip to the capital. The palace will be open August 2nd – September 29th, 2014, and tickets can be booked now. If those dates don’t coincide with your travel plans, there are plenty of other royal palaces left to be discovered throughout Britain. Windsor Castle is open daily year round, and is under an hour’s journey by train from London. Or, The Queen’s Scottish residence, the Palace of Holyroodhouse, is at one end of the famous Royal Mile in Edinburgh, with stunning gardens to stroll in.

Scotland’s capital is a stunner of a city, thanks to it beautiful architecture and stately gardens – but it wouldn’t be Edinburgh without its Castle. This imposing attraction has many a story to tell and is a must-visit at any time of year. Those lucky enough to be visiting the city during the Edinburgh Military Tattoo (August 1-23, 2014) are in for a treat: the Castle is the backdrop for almost a thousand pipers, drummers, singers and dancers, celebrating all things Scottish. 2014 is the year of Homecoming in Scotland, so the Tattoo will be extra special ).

3. Fish and chips at the seaside

The archetypal British dish is still a winner, and there’s nothing like having it made with freshly caught fish on a trip to the seaside. Try it at famous chef Rick Stein’s restaurant in Padstow, Cornwall (on the south westernmost tip of England), for eat-in or takeaway, or sit on a lobster creel up in Scotland at The Fish & Chip Van on Fisherman’s Pier in Tobermory Harbour, on the Isle of Mull.

Britain has stately and historic homes in almost every nook and cranny, and a short trip into the countryside is a step back in time to the era of period dramas. Chatsworth, in the Peak District, is a wonderful grand house (home to the Duke and Duchess of Devonshire) with a 105 acre garden that kids will love. The home stood in for Pemberley (Darcy’s house) in the 2005 film adaptation of Pride and Prejudice. Chatsworth is about 2.5 hours from London by train, and will open on March 16th, 2014 for the season.

5. Dine by the fire in a cozy Welsh Pub

Wales is the place to go for food – after all, its home to one of the world’s best food festivals in Abergavenny every September (foodies, book now). There are hundreds of pubs ready to offer a warm Welsh welcome, with a cozy fire to sit beside in winter or a pretty garden in the summer. Try the Felin Fach Griffin, which was named Dining Pub of the Year for the fourth time this year, thanks to delicious food made with local produce. It’s a former roadside coaching inn, and you can still stay the night, right on the edge of the Brecon Beacons National Park.

1 thought on “Top 5 Only in Britain Activities”