10 Reasons Why I’m Obsessed with Oslo 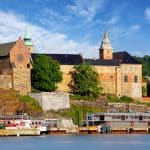 Go back. Baaaaaaaaaaaack! Over the falls!” My first brief introduction to Norway was on the Maelstrom ride in the Norway pavilion in Disney’s Epcot theme park.  The animatronic troll bellowed his warning to unsuspecting trespassers whose Viking boat was about to “plunge” backwards over the simulated waterfall, launching into a presentation of Norway’s mythology and […] 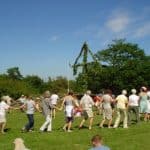 The Swedes just love their Midsummer celebration.  In fact, Midsummer is one of the biggest celebrations of the year in Sweden.  Since the Swedes must endure the long, cold winters, even just a first touch of warm weather gives them a good excuse to get outside and celebrate.  Traditionally a pagan ritual, Midsummer was the […] 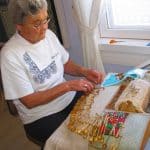 She could have been dealing blackjack in a top Las Vegas casino. The lace maker’s hands were a blur of activity as she picked up one wooden bobbin after another, working left to right unwinding the linen threads, then weaving and wrapping them in an intricate design. But she wasn’t in a gambling den. She […] 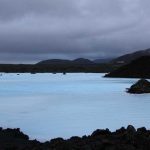 The Blue Lagoon, a geothermal spa in Iceland, will wow travelers of all styles and ages with its remarkable beauty, inviting water, and top-of-the-line spa.  It’s a natural phenomenon unlike anything else in the world. Visitors can come year round to enjoy a swim in the lagoon, spa treatments, and fine dining experiences at the […] 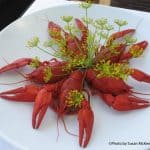 Traveling to another country is a chance to try a different cuisine. Sure, Starbucks, McDonald’s and KFC are almost everywhere around the globe, but where’s the fun in scarfing down a Big Mac in Turku when you can snack on a freshly baked karjalanpiirakka? Why settle for a Häagen-Dazs dessert in Helsinki when cloudberries are […]