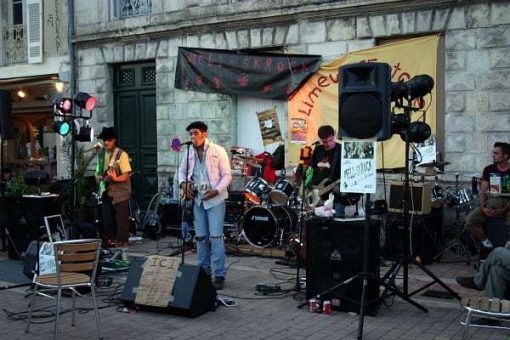 It’s a spring and summer of music in Belgium, with events and festivals spanning a variety of musical genres.  Belgium is easily accessible from many other European countries, so a musical getaway is affordable and enjoyable.  Take a look at what’s on the calendar:

Botanique Nights Festival – Brussels, May 13-22, 2011.  The Botanique is the Cultural Center of Belgium’s French speaking community, and this festival weaves together reggae, rock, and electronic music with traditional French songs.  It sounds like a crazy mix, but it works.

Brussels Jazz Marathon – Brussels, May 27-29.  This marathon has nothing to do with running and everything to do with enjoying over 450 jazz artists.  The weekend features over 125 free concerts at venues ranging from Grand Place to Place du Sablong, Place Ste-Catherine, and other public squares, along with 50 indoor venues.  Most performances are free.

Fete de la Musique – Brussels and Wallonia, June 17-21, 2011.  This annual music celebration features over 500 free concerts in Brussels and nearby Wallonia.  It’s the official start of summer, and the kick off of the festival season.  (Note:  the website is in French and doesn’t offer a translated version.)

Couleur Cafe – Brussels, June 25-27, 2011.  A colorful explosion of exotic rhythms from the Caribbean, Africa, and Latin America accompany handicrafts products and international food and beverages.  Sounds like the perfect combination to me.

Verdur Rock Festival – Namur, June 25, 2011.  This annual international festival for contemporary music is now is its 27th year, and offers free concerts at the Citadel of Namur, a natural amphitheater.  (Note:  website in French.)

Dour Music Festival – Dour, July 14-17, 2011.  Four days of alternative music and a huge campsite, attract music lovers to this picturesque town.  This year’s festival will feature Cypress and House of Pain, along with 240 other DJs and musical groups on even stages.  The festival is on Facebook and Twitter, too.

Les Francofolies – Spa, July 20-24, 2011.  The event features the biggest names in French rock music attracts over 170,000 visitors each year.  Lots of excitement and fun, guaranteed, along with top musical draws.  Their active in social media as well.  (In photo above.)

Esperanzah! – Floreffe, August 5-7, 2011.  Discover a new music style or a new group at this festival dedicated to nomadic musical styles.  You’ll hear lots of new voices and different sounds along with foreign and inventive rhythms.  The international program features over 20 concerts from both well known and up-and-coming artists.  (Note:  the website is in French.)

If music is your thing, you can get your fill in Belgium this summer.