100 Fun and Fascinating Facts About Arizona 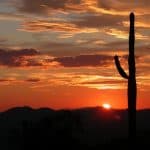 Many travelers love Arizona for its temperate winter climate and diverse tourism experiences. But how many of these fun and fascinating facts about [amazon_textlink asin=’B00RL7EA24′ text=’Arizona’ template=’ProductLink’ store=’thetravelersway-20′ marketplace=’US’ link_id=’ee5bad08-7484-11e7-97e1-d1e2ad5431c2′] do you know? Arizona has 3,928 mountain peaks and summits—more mountains than any one of the other Mountain States (Colorado, Idaho, Montana, Nevada, New […]

Have an Old West Experience in Scottsdale, Arizona 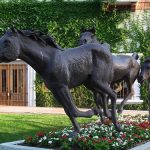 Located adjacent to the greater Phoenix area, Scottsdale, prides itself on being the “The West’s most western town” and embracing and preserving its rich Western history. You can experience the Old West in this thoroughly modern New West city with a myriad of western events. Be a Cowboy Learn to rope and ride with the best […] 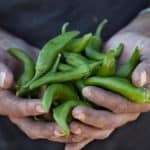 Mesa’s bountiful harvest is proudly shared with visitors with fresh experiences, a  treasured heritage of family farms, and long-standing festivals. Serving as a culinary gateway to Phoenix and Scottsdale, the neighboring farms in Mesa and surrounding towns of Gilbert and Queen Creek provide a bounty of seasonal goods for visitors to enjoy year-round. Citrus in […]

12 Free Things to do in Moab, Utah 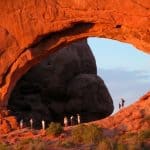 Moab is one of the top adventure resort towns in southeastern Utah. Home to two national parks, Arches and Canyonlands National Park, Moab is also well situated for other nearby parks and attractions that are easily accessed on a day trip. There are plenty of free things to do in Moab, too. From the Colorado […] 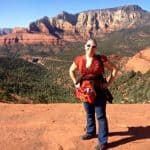 Considered one of the great natural spiritual landmarks of the world, Sedona, Arizona, has long hosted spiritual questers and seekers. People come here “in search of.” They listen for the voice of their own soul, they seek out the voice of God. They hope to find direction, clarity, peace and meaning, surrounded by what is […]