Just because Queen Elizabeth’s Jubilee celebration has ended, doesn’t mean that you can’t dip your toe in a royal experience.  There’s plenty to keep you crazy busy, you probably have a long list of things to do on your London itinerary, but when you’re ready for a break, try a get back to nature moment with a visit to one of the 8 royal parks of London. Fair warning – the parks  can be busy, crowded places, but the opportunity to enjoy some beautiful grounds in the out-of-doors can be a tonic to the traveler’s soul. 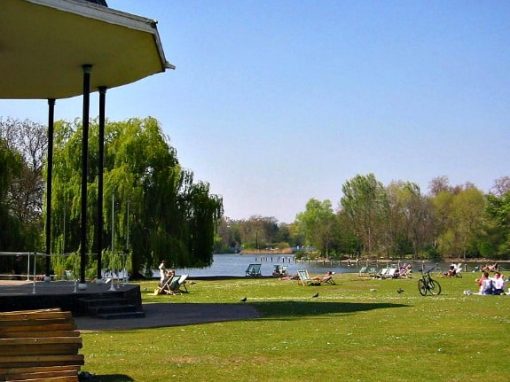 The parks were originally 5,000 acres of hunting grounds for the Royals, and later became formal gardens, also for the Royals, and it wasn’t until the mid-1800s that the first park was opened to the general public. Today, everyone is welcome, so on your next trip to London take advantage of these once royal-only opportunities and visit one of London’s 8 royal parks:

Eight royal parks, each with their own personality and appeal – and just perfect for an afternoon of enjoyment.