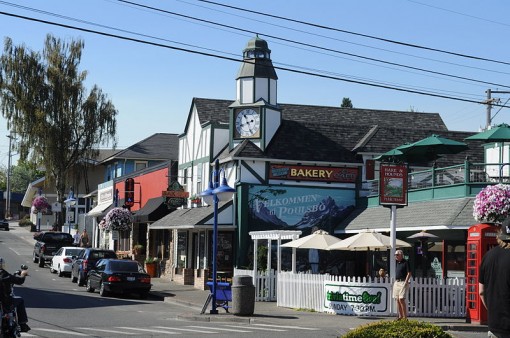 If you take the Washington State Department of Transportation’s Bainbridge Island Ferry, and follow Highway 305 to Poulsbo, you will discover that much to your surprise you have arrived in Scandinavia. Well, not really, but it certainly looks like it. The elaborate Velkommen Poulsbo mural outside the Bakery Cafe certainly had you fooled.

The floral patterns that decorate the shutters and doors of the local shops and businesses are an example of rosemaling, a Norwegian folk art. These embellishments help creates the fairy tale ambiance that makes you wonder if you are in the real world, or if you have inadvertently stepped into a Hans Christian Anderson story book. Welcome to the town of Poulsbo Washington, also known as the “Little Norway on the Fjord.”

The story of Poulsbo unfolds in the 1880s, when Norwegian immigrant Jorgen Eliason arrived in what is now known as Washington’s Kitsap Peninsula. Imagine his delight when he discovered land that bore a close resemblance to his native country.  Soon other Norwegian settlers arrived and established a thriving fishing and farming community.

The Town Gets a Name

In 1886, I. B. Moe, one of the earliest Norwegian immigrants, proposed that their new community required a post office and a name. He chose “Paulsbo,” meaning “Paul’s Place,” for the name of the town. The townspeople granted Moe the position of postmaster, but there was one problem. Due to his unreadable handwriting, officials in Washington D.C. misspelled the name, calling it Poulsbo. Nonetheless, the Town of Poulsbo was officially incorporated on December 18, 1907 and despite its unusual spelling, “Paulsbo” is the correct pronunciation.

Since most of its residents were of Norwegian descent, Norwegian remained the primary language of the town of Poulsbo. This changed in World War II, when the United States military used the town’s vacant areas to house workers employed at the Puget Sound Naval Shipyard, which was situated in nearby in Bremerton. Many of the workers stayed in Poulsbo after the war, and English gradually became the primary language. 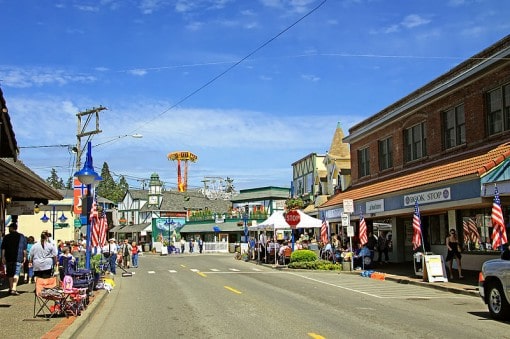 The Poulsbo Historical Society offers guided tours of the town, as well as tours of the restored Martinson Cabin. The story of the cabin unfolds in 1882 when Norwegian immigrant Michael Martinson arrived in the United States. Three years latter, Martha, another Norwegian immigrant attracted his attention. He proposed, and the couple married in the1890s. They moved to Poulsbo and raised four children. When the older Martinsons died, their son Berger Martinson inherited the land and turned into a dairy farm.

Berger’s son, Vern Martinson, resides in Poulsbo to this day. He and his wife bought the dairy farm from his father. Modern dairy farming equipment helped them maintain operations. In 1989, the State of Washington honored the Martinson family farm as one of the state’s last remaining centennial farms, an award given to farms under the same family ownership for a century.

The Martinsons eventually donated their cabin to the town of Poulsbo. Local volunteers donated their time. Businesses and individuals donated money. The result of this community effort produced an authentic restoration of the Martinson Cabin, which is now open to the general public.

Those intrigued by Poulsbo’s Norwegian heritage can find more information at the Heritage Museum, located in the town’s new city hall at 200 Moe Street N.E.

The Sons of Norway

The Sons of Norway was established in 1895 as a means of preserving Norwegian heritage and culture. In February 1916, 36 men of Norwegian descent formed the Poulsbo Lodge. Located at 18891 Front Street (in photo below), the lodge offers classes in Norwegian language, cooking, crafts and dance. Membership to the Sons of Norway is open to men and women of Nordic descent, or anyone interested in exploring the intricacies of Norwegian culture. 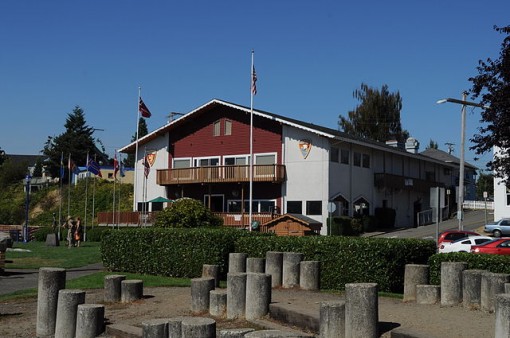 Poulsbo’s commitment to its Norwegian heritage does not end with museums and Scandinavian-style architecture. Throughout the entire year, the town hosts a variety of Norwegian festivities. Here are just a few of them:

The sea played a key role in the Scandinavian lifestyle, so it seems fitting that Poulsbo would have a Marine Science Center. The center’s dedicated staff of highly-trained volunteers boasts that they do not believe in “do not touch.” A Tidepool touch tank allows visitors to interact with some of the creatures you might encounter as you stroll along the beaches of the Puget Sound. If you’ve ever wanted to get “up close and personal” with a sea star, urchin, crab or shrimp, this is the place to do it!

While not necessarily Norwegian, you can’t visit Poulsbo without stopping at the Poulsbohemian Coffeehouse for cup of coffee or tea, a pastry, a cup of homemade soup or a sandwich. Poulsbohemian is not just a coffeehouse. Marianne and her team have created an ambiance that encourages community interaction and intellectual discourse. Picture a West Coast version of Dorothy Parker’s Algonquin. Evening events include a Deep Thinkers Club, a Book Club, Poetry Readings, Writer’s Workshops and more. 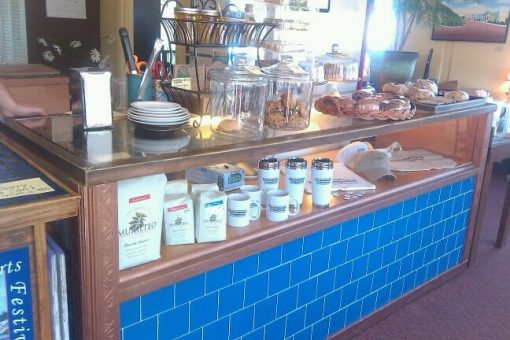 There’s life beyond Seattle in Washington State. Don’t miss out on Poulsbo!

1 thought on “Poulsbo: The Norway of the Pacific Northwest”