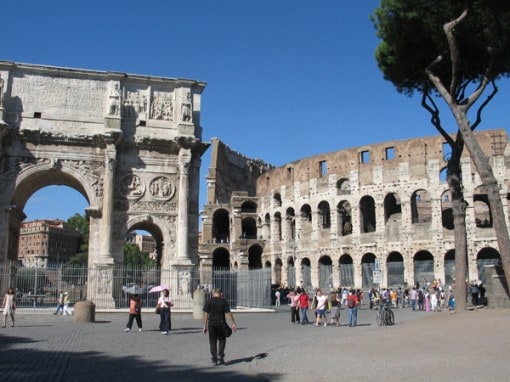 A few years ago, an idea popped into my mind:

Methinks I will not die quite happy without having seen something of that Rome of which I have read so much.

Of course, that’s not an original thought. In fact, I stole it from the Scottish novelist and poet, Sir Walter Scott.

Making a trip to Italy to see Rome is a journey that people who wish to consider themselves educated just have to do. The art and sculpture, the architectural styles, the dominant religious tradition, the very history of Western Civilization can be traced back to that site, as though it were the navel of the universe.

Every one soon or late comes round to Rome (Robert Browning, the English poet, said that).

Not that I hadn’t already traveled to Rome in my mind. All through my decades in school, I’d been reading about it, seeing photographs of it, watching movies filmed about it.  Countless travelers, more literary than I, had been there before me to record their experiences.

Still, as a travel writer, I realize there’s nothing like being there.

Knowledge of Rome must be physical, sweated into the system, worked up into the brain through the thinning shoe-leather. When it comes to knowing, the senses are more honest than the intelligence. Nothing is more real than the first wall you lean up against sobbing with exhaustion. (so said British author Elizabeth Bowen).

I was ready to sob from exhaustion. I had to see Rome for myself.

All roads lead to Rome, even when there’s an ocean to traverse.  A nonstop flight…and, there I am in Rome!

Whence this excess of joy? What has befallen me? A thousand busy thoughts rush on my mind, a thousand images; and I spring up as girt to run a race! (Samuel Rogers).

So much to see and so little time!  I grabbed a couple of guidebooks and threw myself into sightseeing in this eternal city, bound and determined to savor it all.

When in Rome, do as the Romans do – that’s the advice that St. Ambrose gave to St. Augustine back in the 4th century, so who was I to do any differently? I stayed in a hotel owned by Italians, and never, ever, ate in a restaurant that welcomed bus tours or posted a big sign that offered an English-language menu.

I threw three coins in the Trevi Fountain and had my picture taken with a gladiator outside the Coliseum. I marveled at the Pantheon’s oculus and contemplated the view from the Capitoline Hill. The city was resplendent.

Rome was a poem pressed into service as a city (Anatole Broyard).

From the Etruscans to the Black Shirts, from the dank Christian catacombs to the vaulted dome of St. Peter’s Basilica, I raced to see it all.

Rome, the city of visible history, where the past of a whole hemisphere seems moving in funeral procession with strange ancestral images and trophies gathered from afar (George Eliot).

Alas! Rome wasn’t built in a day (Jean de la Fontaine), and there was far too much to see and do to pack it into one visit. I’ll have to go back and do more exploring.

The old world stands serenely behind the new, as one mountain yonder towers behind another, more dim and distant. Rome imposes her story still upon this late generation (Henry David Thoreau). 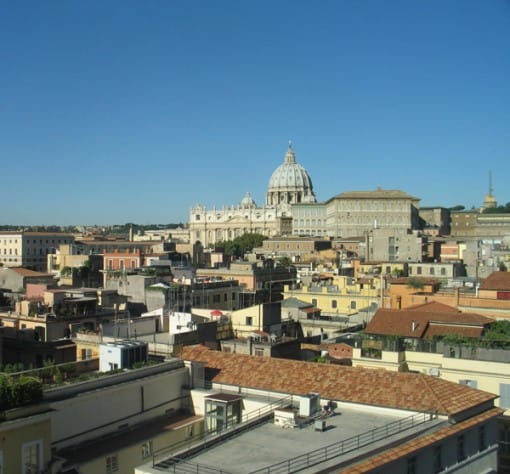 Before you plan your trip, check out what the official website of Italian Tourism has to say about Rome online.

Context Rome arranges tours and more for those who wish more than a superficial look.  I took their Vatican tour – and spent almost five hours roaming the museum galleries and then St. Peter’s – with a PhD candidate in philosophy from Duke University who was studying Latin in Rome.

4 thoughts on “All Roads Lead to Rome”