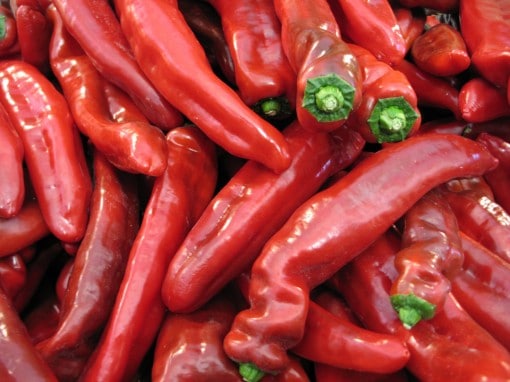 Some like it hot! Sure, summer’s temps may climb into the triple digits, but we’re talking about spicy heat — the kind of culinary POW! that makes serious eaters perspire with pleasure.  Those of us who travel “food first” always are in search of regional delights, especially when that involves hot and spicy.

If you’re in search of culinary heat, chili fests should be on your radar screen. Here are four to whet your appetites (and make you wish you could be in more than one place at a time):

The Scoville scale is traditionally used as a measurement of the spicy heat – called piquance – of a chili pepper. The number of Scoville heat units (SHU) indicates the level of capsaicin (the chemical compound that makes peppers hot).

As you may have guessed, chili peppers aren’t all that’s spicy out there in culinary land. Here are three more places to check out your taste for heat:

Photo credit:  Courtesy of the author, © 2012 by Susan McKee