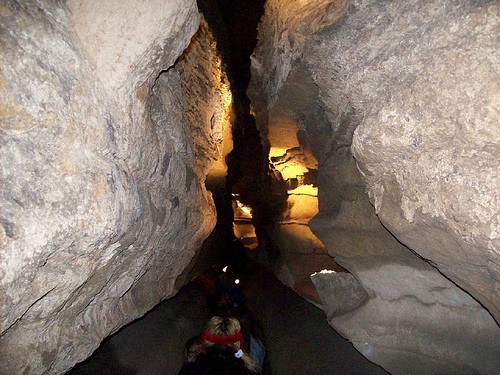 The Show-Me State is home to more than 6,400 recorded caves. Although most are not open to the general public, the Missouri Division of Tourism highlights several “show caves” to visit in Missouri.

The largest commercial show cave in Missouri, Meramec Caverns, three miles south of Stanton, is reputed to have been used as a hideout by Jesse James and his gang. Regularly scheduled guided tours are conducted along well-lighted walkways – special tours lighted only by hand-held lanterns are offered by reservation.

Scuba enthusiasts have a great opportunity at Roubidoux Spring Cave in Waynesville. The spring’s average daily flow is 37 million gallons, with water temperatures ranging from the upper 40s to the low 60s. Roubidoux Spring is open to certified cave divers.

How about tying the knot inside Bridal Cave? More than 2,200 couples from around the world have exchanged their wedding vows in this stalactite-adorned, natural chapel (advanced planning is required). Regular cave tours are conducted over lighted, concrete pathways. The cave, four miles north of Camdenton, is reachable by road and by water at the Lake of the Ozarks.

Bluff Dwellers Cavern (in photo above) and Browning Museum, two miles south of Noel, was discovered in 1925, and the cave has been open for tours every day since 1927. Substantial artifacts were discovered, including arrowheads, grinding stones, tools made of bone and skeletal remains of the early inhabitants, including American Indians.