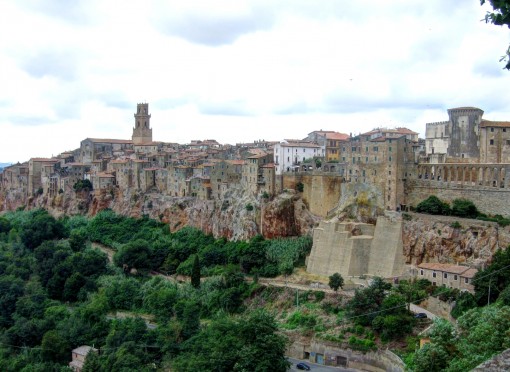 During the middle ages, Pitigliano, Italy, situated between Florence and Siena, was a refuge to Jewish settlers.  As Jews were being expelled in other areas of Italy (and the rest of Europe), many settled peacefully among the hills of Pitgliano. For awhile, it was considered the little Jerusalem, and while the population has dwindled, many of the remarkable heritage remains.

In addition to the many Jewish sites, other places to visit in Pitigliano include:

Pitigliano is located in the province of Grosseto in Tuscany. While it’s a bit farther afield than most travelers to Tuscany will go, it’s worth the time to visit this walled city on a cliff.