Straddling the North Dakota and Minnesota border, Fargo and Moorhead partner to make sure visitors have lots to do when they visit the area. Beginning with the visitor’s center and the famous “wood chipper” from the movie Fargo, you’re going to find a fun, free-spirited destination with folks ready to welcome you to their neck of the woods.

Fargo is the 1996 Academy Award winning crime movie produced, directed, written and edited by the Coen brothers – Joel and Ethan. The movie stars Steve Buscemi and Peter Stormare as criminals hired to kidnap a car salesman’s wife. The Fargo-Moorhead Visitors Center has the wood chipper from the movie in its lobby, signed by the Coen brothers, along with signed copies of the script and other memorabilia all showcased in a small museum-style display.

“This was worth the whole trip,” one middle-aged man said as he approached the movie prop. 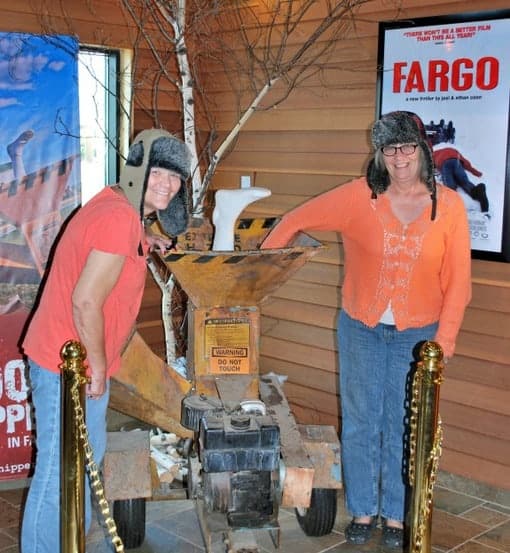 Visitor center staff offer authentic Fargo-style hats for anyone wanting their picture taken, and if a staff member uses their camera, you’ll end up on their Facebook page. Outside the center is, as they refer to it, the “wood chipper stunt double” that can be used for all sorts of photographic genius. It’s just one of those weird things to do in North Dakota.

The two cities have a lot to offer guests looking for historic attractions including “The Viking Ship” at the Historical & Cultural Society of Clay County in Moorhead. This attraction not only honors the area’s Norwegian heritage, but the determination of Robert Asp and his family to build and sail a Viking ship from Minnesota to Norway. 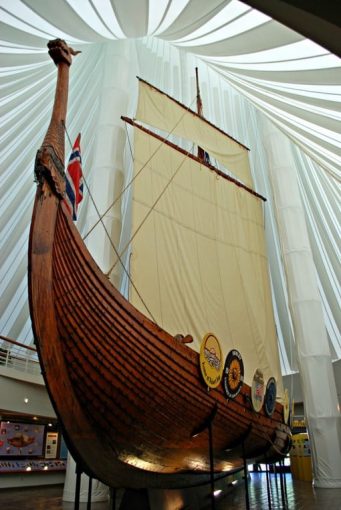 The first stop on this tour should be the movie theater where a documentary chronicles the construction of the 76-foot, hand-built Viking ship Hjemkomst and its unbelievable 6,000-mile voyage across the Atlantic in 1982. Although you can’t miss the ship displayed in the center of the museum, you will have a whole new appreciation for it after viewing the film. The rest of the inside displays are traveling exhibits honoring the area’s Scandinavian heritage. 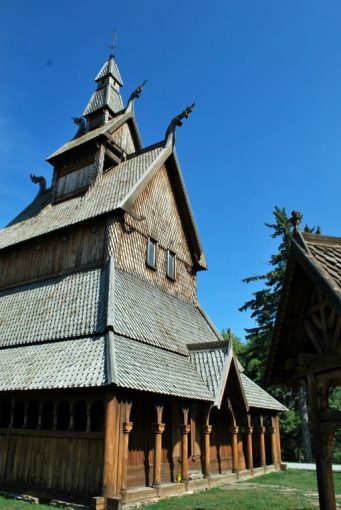 Outside is the museum’s second exceptional permanent exhibit – a Norwegian Stave Church. This type of church was built just after the close of the Viking Age in Scandinavia in the 12th and 13th centuries. The technique of using vertical posts (or staves) has been modified over time to become wooden architectural works of art. The church is a full-scale replica of the Hopperstad Church located in the town of Vik, Norway, and was a labor of love by Guy Paulson who began carving for the church in January 1997. Although the Viking Ship is introduced to guests by the movie, the church is introduced by volunteer tour guides who explain its construction, Paulson’s passion for the project and the religious significance of the building itself. 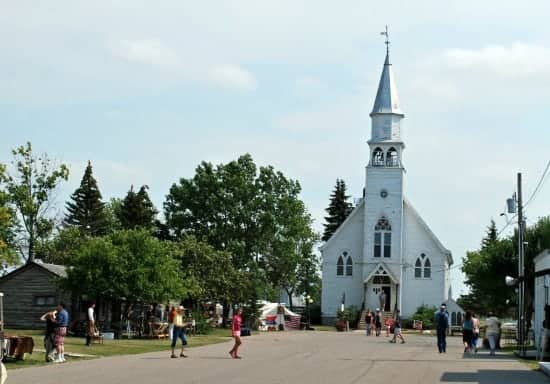 In West Fargo, another historic attraction pays homage to the area’s early white settlers. Bonanzaville, USA, is a combination living history museum, depository for local artifacts, and the site of several special events throughout the year. Set in “Pioneer Prairie Village,” the 12-acre complex includes 43 buildings including a church, business establishments and several houses. It is operated by the Cass County Historical Society with the mission to collect and display artifacts relevant to the history and cultural heritage of the Red River Valley. Wandering from building to building, knowledgeable interpreters explain what it was like to live on the plains of North Dakota during the late 19th century and early 20th century. At one of the houses, docent Naomi Anderson explained the life of Mary Dodge Woodward, the author of The Checkered Years: A Bonanza Farm Diary 1884-88 bringing into clear focus the hardships these settlers faced.

Fargo and Moorhead also offer excellent art museums, a zoo, children’s museum, aviation museum and historic homes open for tour. The community is easy to navigate and there are a lot of hotel and restaurant options as well.

Most lodging options in Fargo and Moorhead are of the road trip variety, rather than boutique hotels and high rise chain hotels. A solid value luxury choice is the Best Western Kelly Inn & Suites (1767 44th St. South, Fargo) which features a rock fireplace in the lobby along with an indoor waterpark. Other lodging options can be found on the Fargo-Moorhead Convention and Visitors Bureau website.

Disclosure:  This trip was sponsored, in part, by the Fargo-Moorhead Convention and Visitors Bureau and their partners.

Author bio:  Marilyn Jones has been a journalist and photographer for more than 30 years. Specializing in travel and features, her articles have appeared in major newspapers and magazines, and on several websites. She is the mother of three grown children, lives in East Texas, and, in addition to traveling and writing, enjoys gardening and scrapbooking.