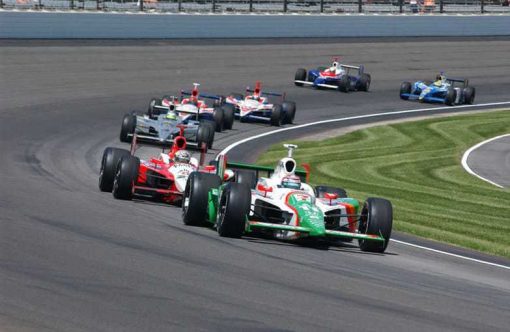 There are certain times of the year when I like  living in Indiana more than others.  Take March for instance, when a Madness for basketball sweeps across the Hoosier state. Then there is the month of May, when a sense of excitement and anticipation hits as all eyes look toward Indianapolis and the events leading up to the famed Indianapolis 500.

Motor sport fans around the world look forward to the Greatest Spectacle in Racing, run each and every Memorial Day weekend.  Yet, even if you are not a race fan, it is easy to get swept up in the thrill of the world’s largest single day sporting event through the activities hosted by The 500 Festival committee. This year when race day rolls around, it will mark the 100th running of the Indianapolis 500, and the theme for this year’s festival is Celebrating Miles of Memories .

The festival was created in 1957 to celebrate the spirit of the Indy 500 through social, cultural and educational events.   Through these events, fans from around the world join with the citizens of Indianapolis to commemorate the sporting event that has come to define the capital city of Indiana as a true sports city.  Just how popular is this famed racing event?   Very, with over half a million participants joining in the various festivities last year. 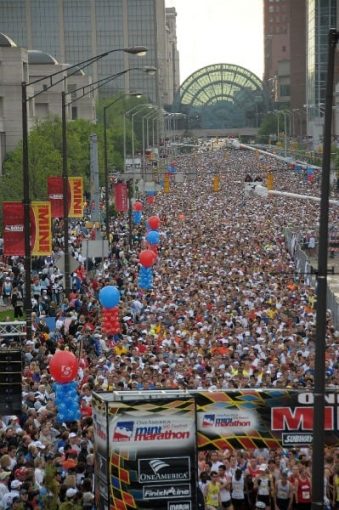 Though the official kick-off takes place a few days before the race itself, most fans consider the true start to the 500 Festival to be the running of the OneAmerica 500 Festival Mini-Marathon.  The half-marathon, known to most Hoosiers affectionately as “the mini”, takes a pack of 35,000 runners through a route that includes a lap around the famed Indianapolis Motor Speedway.  Spots in the Mini sell out months in advance, but spectators can join in the celebration with the racers at the Mini-Marathon Expo and free post-race celebration at Military Park.  And it’s not just Indiana pride that makes me think the mini is a notable event – Runner’s World magazine has named it as one of the top “hot half-marathons”.

Visiting the expo with my husband, a participant in the mini, it was impossible not to get swept up in the excitement.   As traffic in the bustling downtown thickened with nearly 40,000 racers, the music started blasting, trying to pump up the enthusiasm of the racers.  It even forced me to quicken my step.  Watching the start of the run from the bleachers on the sidelines, my heart was pounding with excitement, my ears ringing from the sound of cow-bells, and my hands were numb from clapping.  My eyes started welling with tears of pride for the dedication of these runners, and I vowed to myself, “I am doing this next year!”

Another popular event during the 500 Festival is the Chase 500 Festival Kids Day, a free outdoor event for children and their families.  Taking place on Sunday, May 15, Kids Day is loaded with activities and  entertainment, including the introduction by Radio Disney of the newest Disney character, Jake, from the music-filled Disney program Jake and the Never-Land Pirates.  Numerous vendors offer the traditional festival face-painting, games, prizes,  and give-aways.  Special events include an opportunity for Future 500 Festival Princesses to  receive a princess sash, while everyone can test their skills as a member of a pit crew.  One of our family’s favorite events during Kids Day is the Rookie Run, an age appropriate version of the mini-marathon.

If you have ever wondered what it would feel like to drive around the Indianapolis 500 track, then you will want to attend American Family Insurance 500 Festival Community Day on Wednesday, May 25. As part of the Community Day experience, families can drive their own car for a lap around the legendary track, mere days before the professional drivers take to the course.  While the family car or truck won’t be traveling the 200 mph like the Indy cars do, just think of the bragging rights you will have around the water cooler.   Participants can also tour the official timing and scoring area of the iconic Pagoda, view race car transport vehicles and vintage cars on display in Pit Row, and gather driver autographs.  For the ultimate photo opportunity, pose like a true Indy 500 winner at Victory Circle, complete with an Indy car, trophy, winner’s wreath and famed glass of milk.  Admission to Community Day, paid at the gate, also grants visitors entrance to the Indianapolis Motor Speedway Hall of Fame Museum. 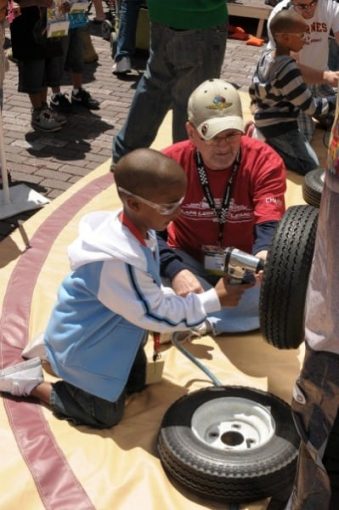 Celebrating its 54th year as the kick-off of race weekend, The IPL 500 Festival Parade on Saturday May 28, will draw an estimated crowd of nearly 300,000, with even more watching on television at home.  Brave the crowds to see the larger than life floats and giant helium balloons, costumed characters, national celebrities, marching bands and patriotic units as they wind the parade winds its way through the streets of downtown Indianapolis.  Though they seldom take a backseat, tradition dictates that the 33 drivers of the Indianapolis 500 serve as honorary grand marshals of the parade.  Riding in full view of their fans in the traditional rows of three, unlike the start of the race with the top speed driver earning the first spot or pole position, the parade route places the driver’s in reverse order.  Tickets for viewing the parade from reserved seats are now on sale.

A chance to mingle with the celebrities that have rolled into town comes the night before the race at the 500 Festival Snakepit Ball. The black-tie party featuring dinner and dancing is complete with a red-carpet entrance by the attending VIPs.  The event takes place in the historic Indiana Roof Ballroom and will feature entertainment provided by legendary rockers,  REO Speedwagon.

All these events lead to the actual running of the Indianapolis 500 on Sunday, May 29.  Loaded with tradition and pageantry, the 500 is an experience in and of itself.  The action at the track is not limited to race day only, however as practice sessions and time trials, Pole Day Qualifying, Bump Day and Carb Day keep the crowds entering the Speedway throughout the month.  For tickets and additional information, visit Indianapolis Motor Speedway.com.

With all of the events surrounding The 500 Festival and The Indianapolis 500, May is truly an exciting time to be in Indiana!

Photo credit:  Courtesy of The 500 Festival

0 thoughts on “The 500 Festival Celebrates Miles of Indy Memories”