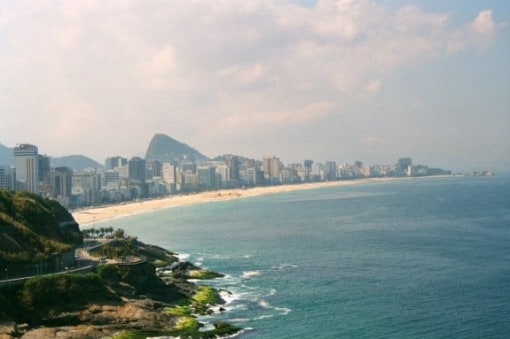 With a tropical sort of European feel, when you step off the plan in Rio,  you’ll feel a pulse of energy that you aren’t likely to find anywhere else in the world.  The people of Rio de Janeiro are called cariocas, meaning an energetic, exuberant people in love with life. You’ll be in love with life too as soon as you have your first drink, the Caipirinha, Brazil’s ‘s national cocktail.

If you’ve never been to Rio de Janeiro before there are a few attractions I’d recommend you see.  They will give you a little taste of the best that the city has to offer, and serve as a good jumping off point for exploration on your own.

Sugarloaf Mountain is located at the mouth of Guanabara Bay on a peninsula leading into the Atlantic Ocean.  The mountain is 1,299-feet above the harbor and the name came from the fact that it looks like a loaf of sugar.  Most people opt to visit the top of Sugarloaf because of the amazing views.

I recommend taking a ride up on the cable car up to enjoy the sunset.  Getting there by cable car (also called a bondinho in the native Portuguese language) is the way 99 percent of visitors ascend to the top.  The cable car was first installed in 1912 and has been taking visitors to the top of the mountain ever since.  Running every 20 minute from the base of the mountain to the top of Sugarloaf Mountain it takes about six minutes for the entire trip.  Visitors actually reach the top in two stages each one taking three minutes.  The first car will take you up 700-feet to Morro de Açúcar where you will find views of Corcovado Mountain, the Niteroi Bridge and Guanabara Bay.  You then take a second cable car up 1300-feet to the top called Pão de Açúcar where you will find sweeping views of Copacabana and the other beaches that line Rio below.  The cable car ride also offers 360-degree views of Rio de Janeiro and you can catch a ride up any time between 8:00 am and 8:00 pm for $11 to the first cable stop or $22 for the ascension all the way up to Pão de Açúcar and back down.

A secret for the adventure traveler is that you can even hike to the top on rugged paths.  This is also a popular rocking climbing destination with climbing options on Italianos, Stop Chimney, Lagartão and Ibis. 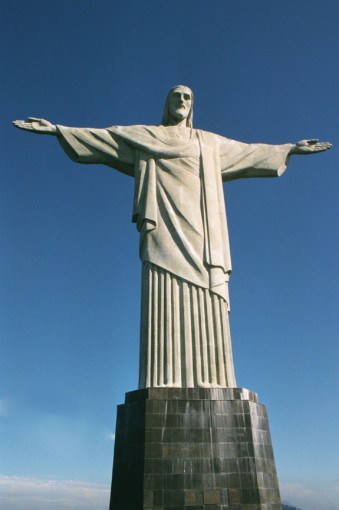 The 125 foot-high statue called Christ of Corcovado  or O Cristo Redentor is one of the top attractions for visitors to Rio. In 2007, O Cristo Redentor was named one of the New Seven Wonders of the World in a list compiled by the Swiss-based The New Open World Corporation.  The stunning 635-ton statue, one of the tallest statues of its kind in the world,  is located at the peak of the Corcovado Mountain in the Tijuca Forest National Park and overlooks the city.  More than anything else it is a shining symbol of Brazil and its religious roots dating back many years.

Visitors can walk up stairs to the top where the statue is located, which will take a few hours or opt for the old- fashioned trolley that still climbs the mountain daily.  Most visitors take the trolley; it leaves every half hour from Monday to Sunday between the hours of 8:30 a.m. and 7:00 p.m. and is only a 20 minute ride to the top. The trolley leaves from the Cosme Velho Station, which has recently been renovated with shops and a cultural area outlining the history of the area and the trolley service.  The price for adults to ride to the top of the mountain is $24 and for children it is $12.  Of course you can also hire a taxi to take you to Corcovado, but be sure and negotiate a rate before you get to the top. Once at the platform of the Statue there are three panoramic elevators that you ride up to the base of the statue. There is also a chapel at the top of the platform in honor of the Lady of Aparecida, patron Saint of Brazil. Even if you don’t make it up the mountain you can’t miss the Christ since he can be seen from just about every corner of the city on a clear day.

Copacabana Beach is located in the southern zone of the city and is often coupled with the words Carmen Miranda, another Brazilian name that most folks know well.  A Brazilian samba singer and actress, Miranda was known during the 1940s and 1950s doe putting Copacabana on the map with her musical comedy film of the same name alongside Groucho Marx.

Said to be one of the most famous beaches in the world, Copacabana Beach stretches along the shoreline from Posto Dois (lifeguard watchtower Two) to Posto Seis (lifeguard watchtower Six). While Copacabana Beach sits just next to its sister Ipanema Beach it’s easy to tell where one beach begins and the other ends.  Since 1970 the curbs at Copacabana beach have featured a black and white Portuguese pavement design of a geometric wave.  While at the beach you can also visit the Copacabana Promenade with shops and restaurants and there are roughly 75 hotels at all price points in Copacabana.  Getting to this section of town is easy.  There are more than 40 bus routes that serve Copacabana and its beaches, as well as four subway Metro stations: Cantagalo, Siqueira Campos, Cardeal Arcoverde and General Osório. No matter where you are in Rio you can get to Copacabana Beach for the afternoon.

Ipanema is probably the most popular neighborhood in Rio de Janeiro made famous by Antonio Carlos Jobim’s song “The Girl from Ipanema.”  Located in the southern part of the city between Leblon and Arpoador, there are world-class restaurants, cafes and shopping as well as Ipanema Beach in this area.

The beach is actually divided into segments and folks line the streets drinking beer and on the beach there are always lively games of football or volleyball to enjoy.   Ipanema Beach is where the topless craze began in the 1980s, but topless or not the itty bitty women’s bikinis and men’s crochet g-strings are still famous with people watchers.  Take note of the vendors at this beach, one well-known named Pelé has a beach volleyball school you can join, or you can rent beach chairs and umbrellas from him, keep an open mind when negotiating a price.  Free samples of fresh pineapple slices will make quench your thirst throughout the day, it’s a Rio favorite.  Not sure where to hang out, the most popular spots are Posto 9, Teixeira and Cap Ferrat and travelers tend to congregate in front of the Caesar Park Hotel.

On Sunday the Hippie Market in Ipanema is a must.  The cast of characters is long at this market, which takes place in the Praca General Osorio from 8:00 a.m. to 6:00 p.m. For the true carioca experience you will find it here, smiles included.  Of course, you will also run into a lot of tourists, but the prices are worth it.  Everything from leather to clothes, to jewelry, artwork and souvenirs is sold at the Hippie Market and food stalls offer local fare like the traditional Northeastern Bahian cuisine.  Indeed, for shopping in Rio de Janeiro this is your best bet before catching the plane home.

The population in Rio de Janeiro is 10 million people in the city and suburbs so it’s easy to get lost.

The official language is Portuguese.  Don’t assume everyone speaks English – because they don’t.

You will need a Visa to travel to Brazil, which is available from the Brazilian Embassy or Consulate.  It’s good for up to six months after the planned visit.

Discovered in 1501 by the Portuguese, Rio de Janeiro was the capital of Brazil until it was moved to Brasilia many years later. Capital city or not, Rio de Janeiro is a thriving city with a piece of everything, and I’ll warn you it’s not the sort of place you are going to want to explore just once.

Photo credits:  Courtesy of the author. 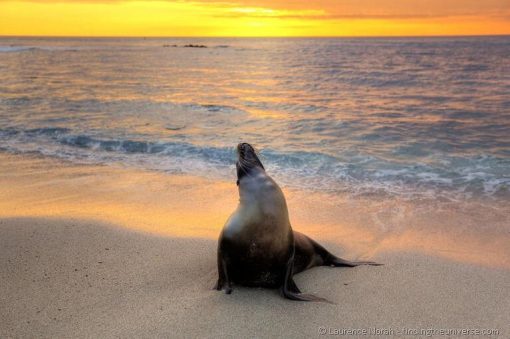 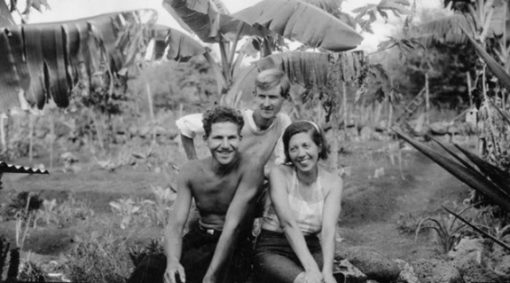 2 thoughts on “Visiting Rio de Janeiro For the First Time”