The first two have faded from memory, but Buddy Holly, just 22 when he died, has had an outsized influence on the popular music scene. Of course, the crash was immortalized in “American Pie”, a song and album by American singer and songwriter Don McLean that was released in 1971, but his legacy goes much beyond that.

This weekend (February 1-3, 2019), commemorating the 60th anniversary of his death, the Buddy Holly Center in Lubbock, Texas (his hometown) has planned three days of activities celebrating their favorite son.

Here are some of the details I learned about Holly on my visit to the museum in the center.

If you can’t make it to Lubbock for the anniversary weekend, the city has a self-drive map of key locations in Holly’s life — and, of course, you can visit the Buddy Holly Center.

There are plenty more reasons to put Lubbock on your travel schedule, including lots of bars and night spots with lots of music ranging from country to tango and everything in between.

By the way, according to Wikipedia, February 3, 1959, was not called “The Day the Music Died” until after McLean’s song became a hit in the 1970s.

McLean was 13 years old, folding newspapers for his paper route the day after the crash, and read about Holly’s death. Years later, he dedicated the “American Pie” album to Holly, and referenced his discovery in the line “February made me shiver/with every paper I’d deliver”.

(Photos courtesy of the City of Lubbock and by Susan McKee, who visited Lubbock as part of the SATW Central States meeting in 2018). 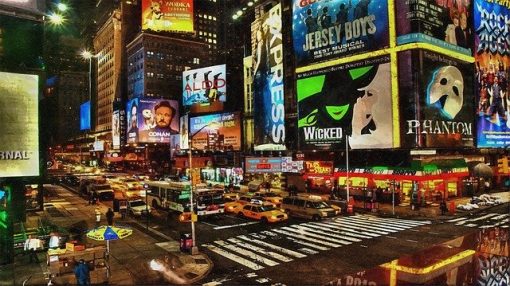