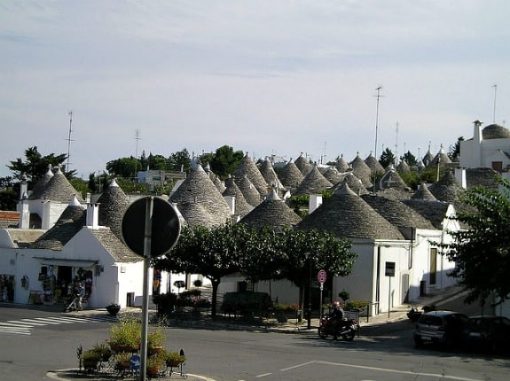 If you haven’t traveled south in Italy to the Adriatic then you really are missing out by not visiting the “high heel on the boot” of Italy.  It is an alternative to Tuscany, perhaps, and a good one.  Don’t visit the same old sights every time when you can head to Italy – head south to the Puglia region.

Divided into six provinces, Puglia is a long, narrow peninsula teeming with plains and hills.  The southern Apennine mountain chain is a big draw to this area, as well as the Gargano promontory with high cliffs overlooking breathtaking scenes below.  Once in Puglia you will find old villages set among vineyards and olive groves dating back hundreds of years. There is also a plethora of ruins, cathedrals and castles to visit. The food is a reflection of the diversity of this old region since the area has been defined over the centuries by the likes of the Greeks, Romans, Byzantines, Goths, Normans and the Spanish.

Here’s a list of 10 of my favorite things to do in Puglia:

0 thoughts on “Visiting Puglia: The High Heel of Italy’s Boot”