West Hollywood has once again been ranked the most walkable city in the state of California by Walk Score. Walk Score’s walkability ranking rates any address based on its proximity to nearby amenities, such as grocery stores, restaurants, schools, parks and public transit. With a score of 89, West Hollywood’s walkability is ranked higher than San Francisco (with a score of 84), Los Angeles (64), and San Diego (49). 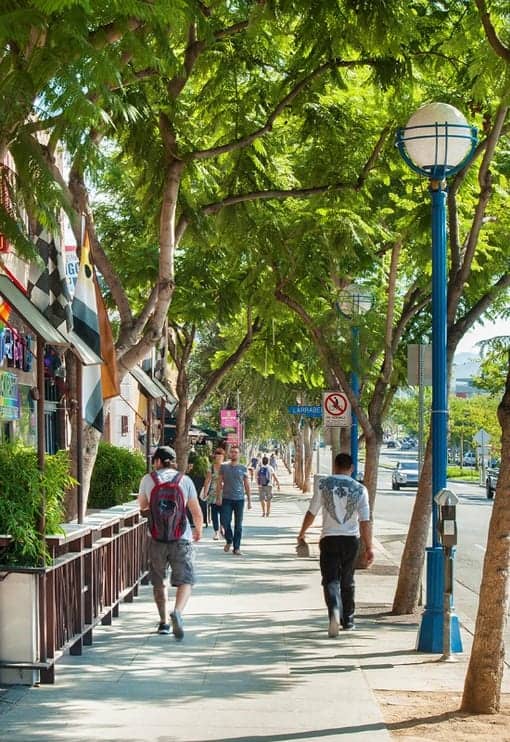 With its central location and compact size, West Hollywood is the ideal destination for visitors who want to experience the greater Los Angeles area without a car. West Hollywood visitors appreciate the safe atmosphere, pedestrian-friendly streetscaping and close proximity of our world-class hotels to dining, shopping and entertainment.

At just 1.9 square miles in size, West Hollywood is one of the most densely populated cities in California, an urban village where people frequently utilize the most efficient transportation mode possible  – their feet. To help visitors hit their stride, Visit West Hollywood has compiled a series of curated and themed “Walkable WeHo” walking tours on its blog, as well as a thorough guide to a car-free West Hollywood and Los Angeles experience.