All eyes are on Punxsutawney, Pennsylvania (about 84 miles northeast of Pittsburgh) on February 2:  that’s when Punxsutawney Phil, a particularly long-lived groundhog, emerges from his burrow to deliver his prognostications about spring as he has every February 2 for 125 years.

But that’s not what moviegoers think about. Instead, thoughts turn to Groundhog Day, the 1993 film. 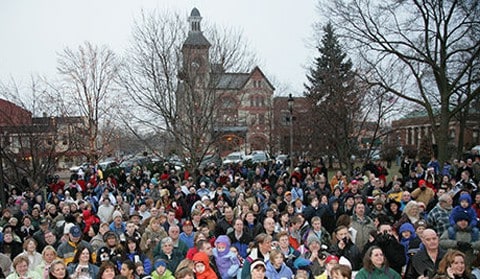 Bill Murray plays Phil Connors, an arrogant and egocentric Pittsburgh TV weatherman, who hates covering the annual event in nearby Punxsutawney. He finds himself in a time loop, repeating that same day over and over again.

Now enshrined as part of the National Film Registry in the Library of Congress, it wasn’t filmed in Punxsutawney but in Woodstock, Illinois. 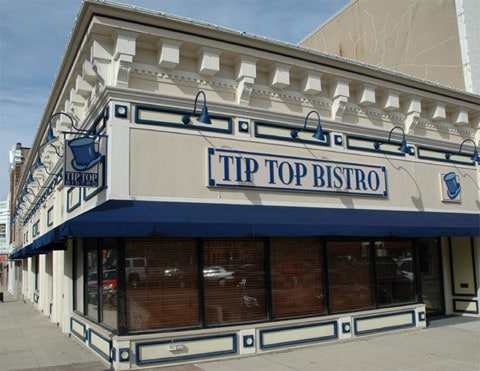 This picture-postcard-perfect exurb of Chicago looks much the same as it did when the film was shot two decades ago. The leafy green of the center square is a stand-in for Gobbler’s Knob. A café on the square, where much of the movie takes place, was created just for the movie, but local demand led to its remaining open as a real café (see photo).

The bed and breakfast where Murray’s character stayed (called Cherry Hill in the movie) actually exists as the Royal Victorian Manor Bed & Breakfast. 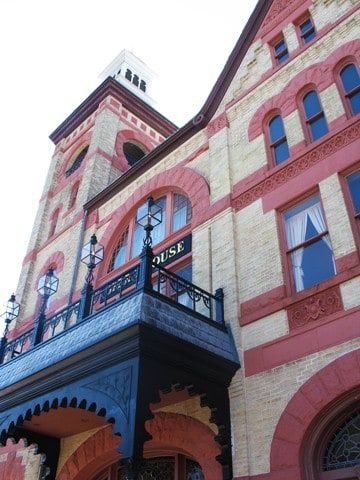 Portrayed as the Pennsylvanian Hotel in the film, that gorgeous building actually is a restored Opera House. It’s where a self-guided tour of Groundhog Day sites begins.

The movie’s continuing popularity brings visitors to Woodstock, especially for the celebrations around Groundhog Day. This year, Danny Rubin — who wrote the script — was a special guest.

Oh — and Doppelgänger is uniquely appropriate. A German word meaning (roughly) a look-alike or double. The legend that rodents can predict the weather on February 2 stems from a Celtic holiday called Imbolc — half-way between winter and spring. After Christianity arrived, the day was renamed Candlemas Day. German tradition says that if the sun came out then, a hedgehog would cast its shadow, thus predicting snow all the way into May. When German immigrants settled in Pennsylvania, they transferred the tradition onto local fauna, replacing hedgehogs with groundhogs.

NOTE: The author’s most recent trip to Woodstock was hosted by Vist McHenry County; the opinions expressed here are her own.