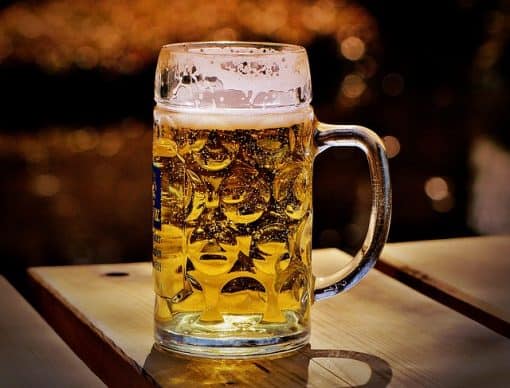 From robust production to the tiniest of nano-breweries, the Napa Valley offers craft beer fans a variety of options to sip and savor their favorite suds. Browse through these selections and then fill up your mug with a tasty choice.

Napa Smith Brewery – This is Napa County’s only production brewery with an onsite tasting brewpub allowing guests to enjoy a pint while the milling, brewing, fermenting, bottling, and lab work takes place. Craft brewer Don Barkley started making craft beer in 1978 at the New Albion Brewery, before helping to found Mendocino Brewing Company, where he created legendary beers such as Red Tail Ale and Eye of the Hawk, before moving to Napa Smith in 2008. Napa Smith is open daily 11 a.m. to 8 p.m., offering flights of tap beers, along with limited edition, seasonal brews. Read more reviews here.

Tannery Bend Beerworks – When it opens, Tannery Bend Beerworks will be Napa’s newest brewery, and its tiniest. Each batch of beer that brewer Matt Cromwell will oversee will total just 15 gallons, and the entire nano-brewery, located within the Tannery Bend District of old town Napa, will fit inside a 1,500-square-foot space, including the tasting room. The open date for the brewery has been delayed a number of times, so keep an eye out for when it finally does.

In addition to wine, the Napa Valley is known as one of the world’s great culinary capitals and has more Michelin stars per capita than any other wine region in the world. What better way to round out a day than with a great meal and a craft beer. Those listed below all brew their own craft beer.

Downtown Joe’s Brewery & Restaurant – Housed in the historic Oberon Saloon built in 1893, Downtown Joe’s Brewery & Restaurant in downtown Napa complements its comfort-food menu with its own brews, and mostly British and west coast styled ales. For trivia fans, the man who built its brewery was Chuck Ankeny, the great-grandson of Theodore Hamm of Milwaukee. Read reviews here.

Napa Palisades Saloon – New to the downtown Napa restaurant scene, the Napa Palisades Saloon, located on historic Main Street near the Napa River, offers an extensive selection of IPAs and other brews on tap, as well as by the bottle. With gastro-pub fare, featuring an eclectic variety of hearty burgers, farm-fresh salads, bar snacks, and sides, it has quickly become a great gathering spot for locals and visitors alike. Read reviews here.

Silo’s Club – Tucked into the historic Napa Riverfront complex, this popular downtown nightclub offers live music most nights of the week and features a casual menu along with a wide selection of craft beers, wine & spirits. Read reviews here.

Morimoto Napa – Some believe that there’s no better pairing than beer and sushi, especially at Morimoto Napa. At Iron Chef Masaharu Morimoto’s downtown Napa restaurant guests have their choice of ten local and imported beers, including four of Morimoto’s own brews, as well as four beers on tap. Read reviews here.

St. Clair Brown Winery – Mark this down for future reference:  St. Clair Brown Winery, in the warehouse district of downtown Napa, is currently building a micro-brewery that will include a ten-barrel, all-grain system that will make up to 300 gallons of beer per day. The plan is for small lot, handcrafted beers will be brewed fresh daily and piped directly from the finishing tanks to taps at the bar. Guests will also be able to get growlers and kegs to go.

Napa Valley is located just an hour from the San Francisco Bay Area and consists of the following distinctive towns, including, from north to south, Calistoga, St. Helena, Rutherford/Oakville, Yountville, the city of Napa, American Canyon, and the outdoor recreation area of Lake Berryessa. If you’re flying in, your airport options are San Francisco, Oakland, San Jose, Sacramento, and Santa Rosa.

Once there, drop by the Napa Valley Welcome Center (600 Main Street) to pick up a complimentary guidebook, maps, brochures, and more. The Welcome Center is open daily, 9 am- pm. 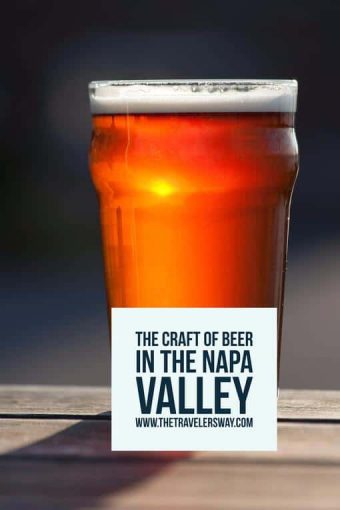